Brexit and the construction industry: What we’ve seen so far

Home > News/Blogs > Brexit and the construction industry: What we’ve seen so far 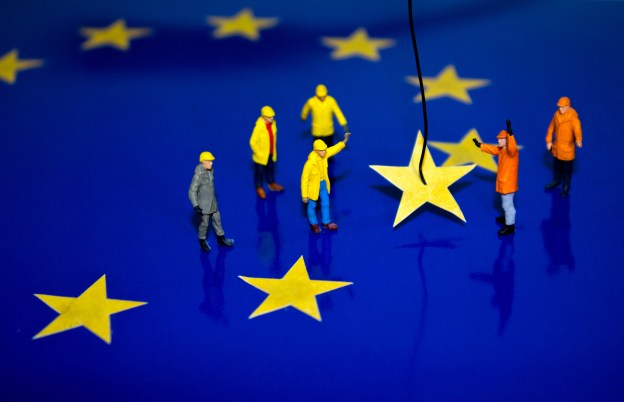 There was some trepidation in the British construction industry about what Brexit might bring. Now, the situation seems to be unfolding and some firms have found themselves in difficulty. The shortage of HGV drivers has been big news lately, and of course, this has had implications for the construction supply chain. This has included everything from disruption on-site to a severe lack of raw materials.

Moreover, this uncertain environment has led to volatile pricing. Last month, firms encountered the sharpest rise in sub-contractor charges since records began in 1997. Subsequently, this has led to delays in tenders and decision making that affect project budgets. But this is just one statistic among many – let’s look a little closer.

According to the latest UK construction activity index published by CIPS and IHS Markit, growth in the sector slumped during the period from August 2021 to the present. The index dropped a dramatic 2.6 points from 55.2 to 52.6 last month on a seasonally adjusted basis, which demonstrates a significant stall in growth. All three sub-categories covered by the survey experienced a slow down, including housebuilding, civil engineering and commercial construction.

This is the weakest rate of growth since the country was in lockdown at the beginning of the year. September data demonstrated a substantial loss of momentum and this is compounded by the supply chain crisis and labour shortages. However, construction firms themselves remain upbeat with 51% anticipating a rise in output and just 8% forecasting a decline.

Another side to the story…

All this said, some construction insiders have another take on the current conditions. This is mainly in regard to labour shortages: a survey of jobs in the construction industry found that the number of vacancies went up by 39% in the first half of 2021 compared to last year, while the number of applications fell by 23%. However, sceptics claim this isn’t due to Brexit, but in fact, domestic issues that have been around for a while.

According to Adrian Smith, senior director of Randstad UK, “We have been talking about an ageing workforce, the poor quality of training and training facilities, poor pay and conditions, the rise of subcontracting, and arguing about the value and impact of self-employment for decades, long before Brexit was a word and the COVID pandemic a reality.”

Equally, the UK government’s settlement scheme for EU workers was a great success, with more than 5.6 million applications received by the end of May. This suggests that there wasn’t the “Brexodus” that some construction leaders feared.

Only time will tell

Nonetheless, it’s the same old story with Brexit and every industry: only time will tell. Certainly, we’ve seen some fairly worrisome things unfolding in the headlines. But, perhaps we are not so powerless to overcome the challenges Brexit will being. As suggested by Adrian Smith of Randstad, it could be investing in training and young people that plug the skills gap. Undoubtedly, the industry is in for an interesting 2022.