Is ‘man-made’​ an outdated term? 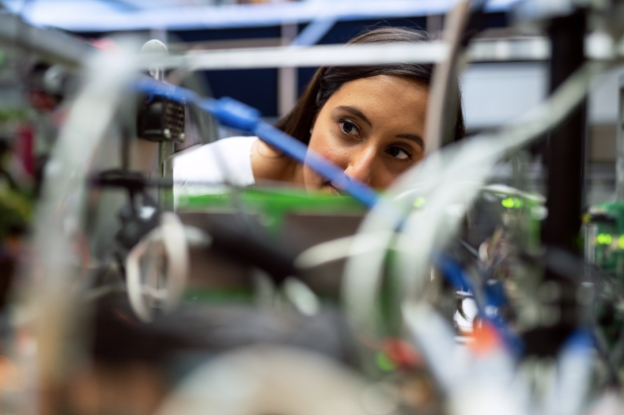 As the fight towards gender equality rages on, there are many who are calling for normalised gender biases to be addressed in every possible sector. That is why some are asking for change to be made to the long-standing examples of male-centred language such as the term ‘man-made’. In this blog post, we take a look at the word ‘man-made’ – something that comes up in many industries such as construction – and discuss whether it should still be used or if we should all be saying ‘human-made’ instead?

Why did this debate begin?

Although for some this argument may seem meaningless, when we consider the ramifications of a language such as English, which is spoken by 1.5 billion people, producing and reinforcing the cultural stereotypes that men are the dominant members of society, it is difficult to quickly dismiss the belief that more neutral linguistic choices would be beneficial.

Changes of this nature have already begun to enter our vernacular, with the introduction of ‘Mx’ as a gender-neutral form of address. As our world becomes increasingly accepting of those who don’t identify with gender’s restrictive boundaries, these language adjustments are helpful and appreciated.

Many academics have expressed the importance of revising our versions of history to ensure they correctly reflect the contributions that women and gender nonconforming have made and how they have helped shape the world in which we exist, and the shift from man-made to human-made could aid this project.

Some have argued that the introduction of a neologism is met with disputes because many people have no interest in deviating from the linguistic norms they have grown up with and they believe that linguistic origins deserve to be respected, this, however, is a form of linguistic prescriptivism which assumes that there is one ‘correct’ way to use language. This form of thinking is archaic and does not reflect a language’s ability to evolve over time to meet the needs of the cultural period.

Of course, there is the argument that man-made naturally creates the assumption of something being made by humans rather than men specifically, but if this is the case, what harm would it be to have language support this? Sexism was built on the assumptions that men contribute to the world more than women, and as our societal consciousness progresses from this idea, why can’t our language too?

Our world is constantly changing, so shouldn’t our language change too?