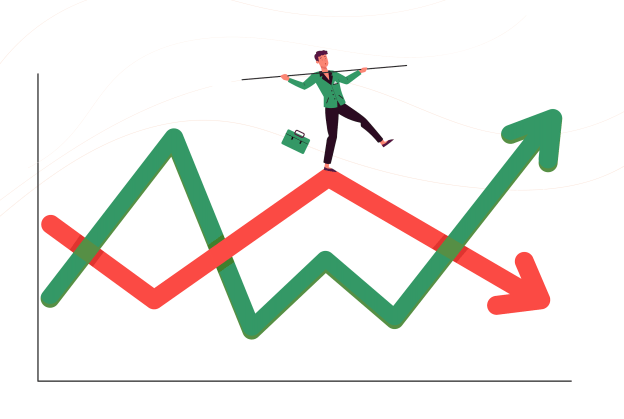 Post-Jubilee, it’s been a whirlwind week in the news. The Platinum Jubilee saw street parties up and down the UK, where we celebrated the Queen’s 70 year reign. A lot has changed since 1952, and now, the UK is an enormously different place than when Elizabeth II took the throne.

But it hasn’t only been a few days of reflection; it’s also been about thinking about the future. Boris Johnson’s narrowly won no confidence vote laid bare some of the tumult in British politics as we look down the barrel of the cost of living crisis. When the Queen was crowned in the 50s, the British economy was booming; now it’s a different story. That said, it’s not all doom and gloom as we look ahead.

In the first quarter of 2022, the economy shrank by 0.1% with economists predicting further contractions later in the year. When the war in Ukraine and the subsequent supply chain crisis rolled on, it looked like the worst was yet to come. That said, it wasn’t all bad; the economy grew by 0.8% in the first quarter, albeit behind the forecast of 1%.

However, moving into the second quarter things have started to slop. The pound hit a two-year low against the US dollar, bottoming out to as low as $1.21 to the pound. Then, a monthly contraction came in March as the cost of living crisis hit a crescendo in March. U.K inflation hit a 30-year high of 7% in March and in April, the country’s energy regulator increased its price cap by 54% to accommodate soaring prices.

The impact on the cost of living is reflected in shops. Retail sales fell at an annual rate of 1.1% in May, the worst contraction since January last year, according to figures from KPMG and the British Retail Consortium trade association. And, as inflation continues to rise, it’s looking like a rocky road ahead. At the end of May, it was recorded at the 40-year high of 9%.

Not all doom and gloom in construction

Despite these somewhat grim statistics, construction has weathered the storm. The sector rebounded quickly post-lockdown, and in Q1 2022, output reached a record high in seasonally-adjusted constant prices terms. This surpasses the previous high reached in 2019, pre-pandemic.

That said, concerns are mounting over the price of materials and power, which of course, are key materials. This is expected to rein in construction growth in the coming quarters along with a rise in interest rates. Equally, big geopolitical events like the ongoing war in Ukraine are dampening investor confidence.

All that said, we think it’s important to remain optimistic in the face of adversity. Despite the fairly ominous outlook for the coming quarter, you can trust that it’ll be the best and brightest that will drive us forward. We’re looking forward to honouring some of this talent on the upcoming International Women in Engineering Day.

Meanwhile, in Jubilee style – keep calm and carry on!