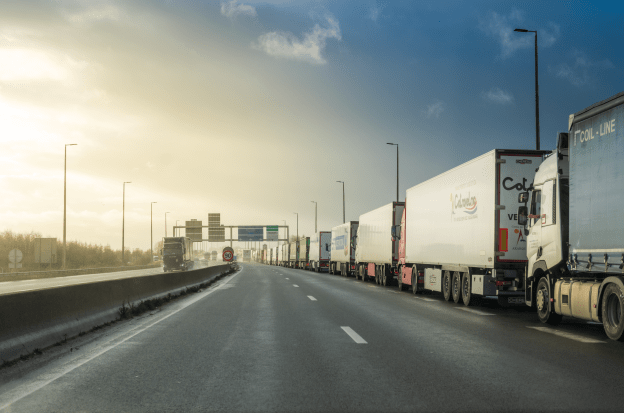 The whole construction industry was waiting with bated breath to see what effect Brexit would have on the supply chain. Now, it seems like some fears are becoming a reality. Importers are facing higher costs, mountains of paperwork and border delays since Brexit was completed. This news comes from a cross-party Public Accounts Committee, which despite acknowledging that it was difficult to separate the effects of the pandemic from Brexit, it was clear that cutting ties with the EU had affected trade.

The scathing report was very much in contrast to the Prime Minister’s upbeat reports. Since the UK formally left the EU in January 2020, Boris Johnson has suggested that regaining the power to broker independent trade deals and change immigration law has been a victory. In contrast, the committee concluded that the “only detectable impact” of Brexit was that it had increased burdens on businesses.

A spokesperson for the Prime Minister has insisted that hauliers have “adjusted well” to the new customs checks and that IT systems are functioning. They noted that November trade statistics showed British exports to the EU were up 5% in the first 11 months of 2021 year-on-year.

The scenes at Dover paint a different picture. Truckers have faced queues of up to six miles on the approach to Europe’s busiest roll-on, roll-off freight port. This prompted a leading UK freight lobby group to urge the British and French ministers to hold talks to ease the backups at the Channel. The Public Accounts Committee also warned they could worsen once private passenger numbers return to normal later this year.

Meanwhile, the Prime Minister’s spokesperson concluded their report with the assertion that it was “too early to tell” what the impact of the new trade relationship really is. This is especially the case in light of the pandemic, which has also had a significant effect on supply chains.

The government’s plan to resolve the crisis

However, it seems that Johnson’s head isn’t completely in the sand. Last week, he appointed prominent Eurosceptic MP Jacob Rees-Mogg as the “minister for Brexit opportunities and government efficiency” as part of a significant cabinet reshuffle. Perhaps with some focussed attention on these teething problems, it will be possible to alleviate some of the chaos at Dover.

Experts remain sceptical. Professor Alex de Ruyter, director of the Centre for Brexit Studies at Birmingham City University, said that it’s little wonder the government has in fact delayed the implementation of many aspects of the new importation rules. In an interview, the academic stated: “Should these be imposed on the 30% of our food that we import from the EU then consumers really will notice shortages on the supermarket shelves as produce is held up at Calais and Dover.”

These shortages could be even more pronounced for the construction industry. According to the CLC, roughly 60% of imported materials used in UK construction projects comes from the EU. One thing is clear – to stop Alex de Ruyter’s prediction from coming true, Jacob Rees-Mogg needs to take urgent action in his new role.