What the new Building Safety Act means for construction 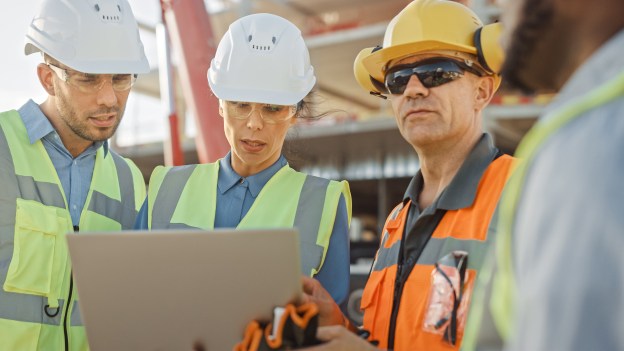 What the new Building Safety Act means for construction

Passed as law at the end of April, the Building Safety Act was intended to usher in a new set of rules to overhaul safety in residential buildings over 18 metres tall. Since its inception, it’s gone through several significant changes. Although it first centred only on design and construction, now it takes in operation, occupation, and facilities management.

Under the new act, legislation shall be overseen by the Building Safety Regulator, who will oversee the new system with powers of enforcement and sanctions. Despite the Building Safety Act becoming law, much of the secondary legislation will not come into force for another 12 to 18 months, however, once in force, will spell changes for the construction industry. Here’s how.

What does the Building Safety Act cover?

This new law focuses on the entire lifecycle of a built asset, with particular emphasis on changing the way higher-risk buildings are designed, planned, and built by requiring designers, builders, and operators to capture information relating to fire risk and structural integrity. It also gives property owners, leaseholders and tenants more power to bring claims for poor or dangerous work.

This will shift the responsibility for paying remediation costs away from residents to designers and builders, along with measures to shield leaseholders from all costs related to the remediation of unsafe cladding. This, in turn, will widen the liability for building owners, developers of high-risk buildings and product manufacturers and suppliers.

What does it mean for the UK construction industry?

Perhaps the important point of this new act is that it has introduced a new role: the Accountable Person. This is the owner or managing agent that is responsible for maintaining building safety. They’ll be responsible for reporting on the structure’s fitness for occupation. Making this case can be understood as a key goal of the building and fire safety information collated throughout the design and construction phase.

While high-rise buildings are the focus of this legislation, it has implications for all projects. For example, the responsibilities of Construction Design and Management (CDM) duty-holders have shifted. Whereas the role used to take a more subjective perspective on foreseeable risks, now, they need to ensure the design is compliant with the relevant standards. This makes the role more far-reaching, requiring a fundamental knowledge of all disciplines covered by building regulations and health and safety guidance.

A positive development in a post-Grenfell moment

Although this legislation will require a re-orientation of how architects and contractors design and build high-rise buildings, it’s ultimately for the better. Construction companies will have to take more rigorous measures to ensure they choose the safest and sturdiest materials, and that can only be a good thing. Moreover, the extension of building safety regulations into building management is a positive signal.