Why daylight is important when designing or re-designing a building 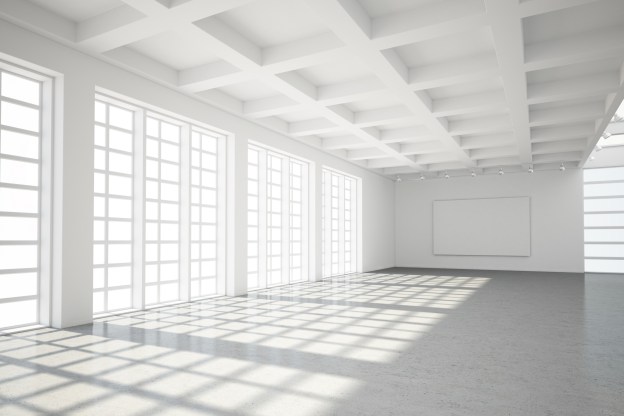 Daylight is often overlooked when designing buildings, particularly in the workplace. Certainly, happy workers are motivated workers, but bad lighting is often an under appreciated source of poor mental well-being in workplaces in the UK. Poor light can also have physical effects, including eye strain, headaches and fatigue, especially when there are computer screens involved.

As we spend much of the day under artificial light – particularly during the winter months – a number of studies are emerging that demonstrate the potential for adverse effects. For example, research conducted by office supplies giant Staples found that 40% of office workers are struggling to work in bad lighting.

The impact of light on our happiness

According to the Staples report, 80% of office workers said that having good light in their workspace is important. Meanwhile, 40% of those surveyed said they have to deal with uncomfortable lighting on a daily basis and 25% are frustrated with the situation. A third said more daylight would make them happier at work.

Moreover, when access to natural light is so limited in the winter months, many reported feeling stressed and down. This signals a nigh-on epidemic of seasonal affective disorder in UK offices, which is making staff lack motivation, energy, and stunting productivity. This is because our light intake during the day can impact the quality of our sleep – which we’ll discuss next.

The link between good light and a good night’s sleep

Another paper published by researchers at Northwestern University in Chicago concluded that there is a strong relationship between daylight exposure and sleep quality. According to the study, the detrimental impact of working in a windowless environment is a global phenomenon.

In comparison to those that work in offices with windows, those working in windowless working environments received 173% less white light exposure. As a result, they lost 46 minutes of sleep per night, on average. These employees also anecdotally reported lower quality of life, mostly related to physical complaints and energy levels. They also reported overall poor sleep quality, more sleep disturbances and daytime dysfunction.

This, naturally, had a substantial impact on their productivity. According to the study’s co-author Ivy Cheung, doctoral candidate at Northwestern University, we need to combat this widespread problem by incorporating daylight into the design of tomorrow’s workspaces.

There is substantial evidence to suggest that well-being in the workplace is hugely improved by natural light. Whether this is by large windows, daylight-like illumination, or personalised light options for staff, there are various ways light can be deployed to boost employee well-being and productivity. Considering the findings of the recent reports discussed here, this is an investment well worth making.

Whether you are building a workplace or re-purposing an existing building, DJHC can help you assess daylight levels at the design stage. Via investigation, analysis and virtual model building, with the nationally accepted BRE guide BR209 as a benchmark, our analysts ensure that our clients meet healthy standards for daylight. Via collaboration with architects, engineers and the wider industry, DJHC is creating the workspaces of the future.