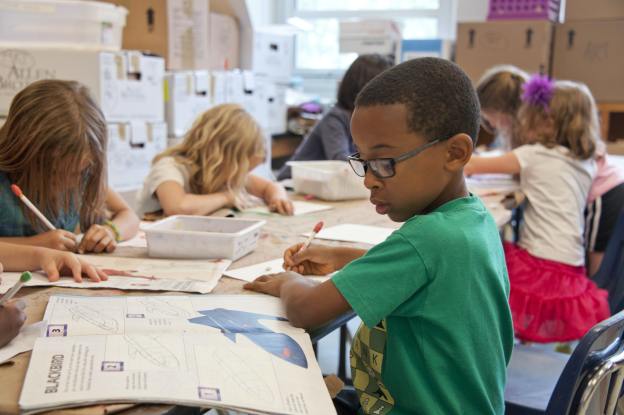 In the previous article about inspiring young engineers, we discussed a new project where parents are encouraged to engage the smallest children in engineering through bedtime stories. But what about the older ones? How can parents and teachers encourage children and teenagers to continue with STEM subjects, especially those typically less inclined towards science, like girls?

For a long time, the pervasive attitude was that if science classes are interesting, they would take it up as a career. However, according to Professor Louise Archer, a lecturer at UCL, this isn’t necessarily the case. As a lead on three national research projects on “what makes STEM stick” the key is to expose kids to science in the real world, something she refers to as “science capital”.

Professor Archer defines science capital as the size of the role that science already plays in a child’s life. For example, a child will have greater science capital if their parent works in a science, engineering, or technology-based role; if they do science-related activities outside of school; and if they generally have a positive attitude towards science as a subject.

This might seem like an exclusionary notion, but it needn’t be that difficult to cultivate science capital in a child’s day to day life. A science-related activity outside of school could be something as simple as watching a Brian Cox programme and discussing it afterwards. It’s just about integrating science into everyday life and cultivating positive associations with the field.

However, this isn’t to say that science capital is only home-grown; schools and teachers can help children without immediate science connections be inspired. The Royal Academy of Engineering has brought science into schools since 2005 via schemes in former industrial areas of the UK, like Barrow-in-Furness, Stoke, and the Welsh Valleys.

As part of the initiative, they’ve brought local employers into schools to ignite the spark. The reported impact is remarkable; in Barrow, the number of pupils taking three science GCSEs grew by 370%, while the proportion taking AS-Level physics went up by a third. Nationally, the number taking physics into further education fell by 24%, which further demonstrates quite how pronounced the effect was.

Why inspiring promising young engineers is so important

Right now, there is an enormous shortfall in engineering talent. Employers report that 49% of engineering businesses are struggling to recruit workers, which is an absolutely staggering number. To make up these numbers, we need to make sure children from all backgrounds are inspired to take STEM subjects and make engineering their career. It’s particularly important that we inspire girls and kids from minorities, as it’ll be diverse minds that drive innovation in engineering forward.

Inspiring kids can happen in the simplest of ways, whether it be cultivating a positive, encouraging atmosphere around science at home or introducing them to real-life engineers. With more engineers we can look forward to a brighter, more sustainable future – it’s just down to the grown-ups to give promising kids a little nudge out of the door.